Summer of 2016 has fled and monsoon season has taken hold of the Pacific Northwest.

We would like to thank everyone who attended our two summer gigs a Funkys + Red Room during the summer months. We had a blast playing with such luminaries as Hibria, Iron Kingdom and Odinfist and hope to see them again soon, onstage or off.

We are pleased to announce that we will be playing one final show in 2016, returning to The Astoria in Vancouver to support or close friends in Riot City and Gatekrashor on their western Canadian tour. Also performing are Codex: Factoria. We will be premiering new material at this gig, which will be featured on our forthcoming full-length album. See below for details.

Gatekeeper's lineup for this show (and for the upcoming record) will be thus: 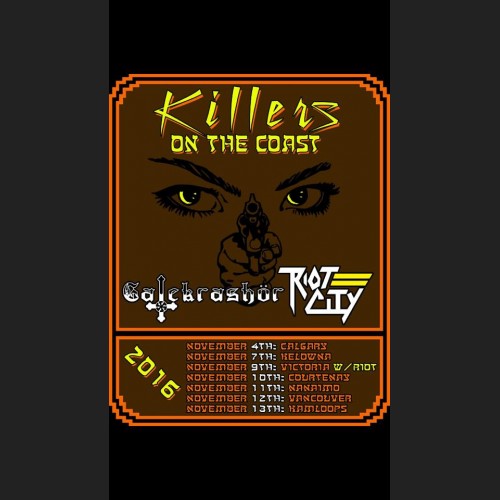 We've been extremely busy with planning, pre-production, rehearsing and drinking ourselves silly and this has had a negative impact on our communication. We shall attempt to turn over a new leaf by updating this page on a weekly basis with photos, video clips and other shenanigans as we prep for our upcoming record.
'Til next time,
Geoff Blackwell+ Gatekeeper

Transcribed by Gatekeeper at 09:44 No comments: